Thousands of miles, numerous stereotypes, and vastly different courses in history separate Romania and America.  America knows little about Romania.  Romania “knows” much about America.  As a young American living and working in Cluj, my transition to life in Romania is often defined by the surprising degree of cultural similarities that exist between our two countries.  Obviously, there are some large differences, but those are easy to spot.  Truth be told, Americans have a lot more in common with a former Eastern Bloc, communist country, than most would expect.  I will focus on that.

Romania is encompassed by the far-reaching influence of the American media.

Romanians frequent the same websites, read the same books, and watch the same television shows.  The movie theatres have line ups no different than what you would see in an American cinema.  A standard night of Romanian television contains a plethora of American programs ranging from cartoons, the Discovery Channel, Comedy Central, to classic sitcoms such as “Seinfeld”, all of which are in English.  And yes, reality television has too become a hit.  Romania has its own version of “Dancing with the stars”, “The Bachelor”, “MasterChef”, “The Voice”, and “[Romania] has Talent”.  Similarly, the local news programs have a thirst for scandals and justice that equals America – just look at the recent coverage of the DNA.

Consumerism is thriving in Romania

And, well, Romanian’s love to shop.  The country boasts a number of modern malls filled with popular brand names stores, and the crowds are ever present.  There is a preference for German automobiles, the newest fashions, and all of the latest technology.  Despite the fact Romania is considered one of the poorest countries in Europe, these products are easy to spot in any city.

Sure it is taught in schools, but that isn’t unique to Romania.  Their skills are mastered through their constant interaction with American movies, television, websites, books, and music.  Romanian’s tell you that they can’t speak English very well while they proceed to tell you everything you need to know and more, fluently.  Foreigners are constantly blown away by how often and how well it is spoken by the average urban Romanian.  For me, it has made learning Romanian virtually impossible because in every store, home, or restaurant there is someone (likely the majority) who speaks English. Try finding a young Romanian who speaks Russian, and you’ve got a tough task ahead.

Another similarity I have noticed is the amount of time spent at work.  We all know how many hours are in the rigorous American workweek, but what about Romania?  According to Business Insider, the average Romanian with a full time job works 2,100 hours per year, while the average American works 1,700.  Both are well above the world average, and I am not saying this a positive or a negative trait, but both cultures place an emphasis on the importance of work.  Our job markets are increasingly competitive, demand long hours, and the competition is real.

The will to succeed

The will to succeed also runs though Romanian blood.  Though the context differs greatly, it is nonetheless engrained in the culture and it is something that every American can relate to.  Having lived under a brutal Communist regime, and facing daily challenges unimaginable to most Americans, Romanians have a knack for figuring out a way.  You can find daily examples of Romanian resilience anywhere in the country.  Romanians are some of the best, if the not the best, problem solvers on this planet.

Though Romania has a troubled history, it has allowed for the formation of another close cultural characteristic to that of America: embracing multiculturalism.  Romania, like America, has seen waves of different ethnicities settle within their country over time.  This has led Romania, like America, to be united by language, not ethnicity.  It is a unique trait for a large European country, and has allowed for a high degree of tolerance and acceptance for this corner of the world.

Foreigners from all over the world are welcomed with kindness, hospitality, curiosity, and intrigue.  Not only are they welcomed, but respected.  The strongest statement towards Romania’s multicultural acceptance just took place in November as Klaus Iohannis, an ethnic German, was elected President.  Could you imagine this happening in any other European country?

Romanians are patriotic, as opposed to nationalistic, and although they like to complain, they are proud of their heritage.  The population is knowledgeable about internal politics, global perception, and will never turn a down an opportunity to share a piece of Romania with foreigners.  Romania even had a greater voter turnout in their recent presidential elections compared to America’s in 2012 with a turnout of 64% compared to 58% in the US elections.  This only demonstrates that they, too, value their democracy.

But to be clear, I never want Romania to be like America, rather Romania become the best version of itself that it can be.  In the meantime there is a definite building block for relations between average Romanian and American citizens, and that is what I wish to share. 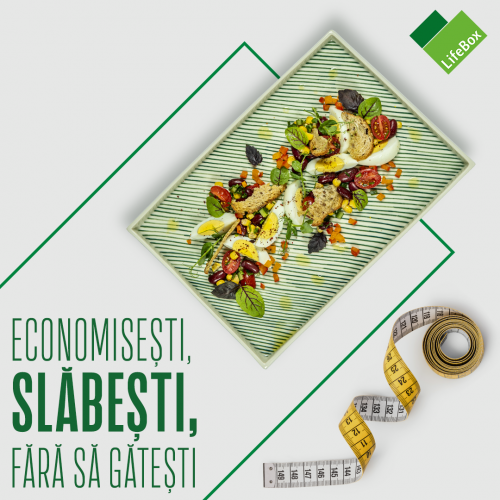